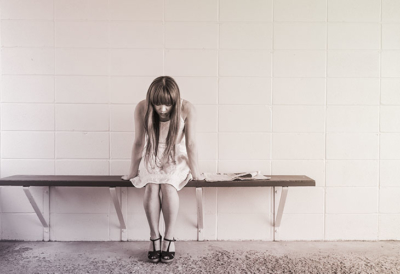 The dangers of psychedelics are real and pervasive. Unfortunately, you will often hear teenagers describing them as helpful and healthy; extremely disturbing and shocking to say the least (for example LSD AKA Acid, hallucinogenic mushrooms, DMT, mescaline AKA peyote, and more). Common justifications boil down to the two arguments left over from the 60’s counter culture – taking psychedelics offers consciousness explanation and spiritual enlightenment. When I hear parents tell me their stories they are often convinced that their teenagers have been brainwashed by what friends and the internet have to say on the subject. It is usually the more curious teenager, willing to do some research that is at risk of coming to the dangerous conclusion that not only are psychedelics harmless and worthwhile but that they themselves should take them for their own good or to find answers to their problems. Although it is true that people have had positive and helpful experiences under the influence of psychedelic drugs and that there is research to support this, the reality of the dangers of psychedelics is much more complex than that and there are serious risks that every teenager interested self-experimentation with these powerful drugs should understand.

I believe that teenagers become convinced that they personally should try psychedelics in an effort to heal or better themselves as a result of incomplete research on the subject. When judging the dangers of psychedelics, teenagers naturally tend to emphasize the positive and downplay the negative. This is not something to be angry with them about but it is an opportunity for you as a parent to help them understand this complex subject more fully. Starting with a sentence like, “Wow, you’ve discovered something very powerful and interesting and there’s a lot to this story you should understand,” can be a positive way to start a conversation about psychedelics with your teenager. An excellent book detailing the risks and rewards of LSD psychotherapy in research settings is called Realms of the Human Unconscious by Dr. Stanislav Grof. This books makes the dangers of psychedelics and the risks of unsupervised self-experimentation with LSD very clear and I believe that the conclusions can be applied to other psychedelics.

The first thing that teenagers should understand about the major psychedelics is that there has been A LOT of research investigating these chemicals and that there is a very real dark side to the use of these drugs. This is particularly the case for the most common and available ones, like LSD and hallucinogenic mushrooms. Teenagers who know there has been research on these drugs have usually read a few articles that may have extolled the “amazing benefits” of them in clinical research settings or in other settings with strict medical and psychological supervision. Parents should highlight what “clinical research and supervision” actually means. It means that the drugs used in the study are verifiable pure and free of contaminants (not the case on the black market where there is a real risk of amphetamine and other kinds of contamination). It means that there are knowledgeable people standing by in case of emergencies both physical and psychological (not available outside a research setting). It means that specially trained people have been there actively participating to make the experience for the person a helpful one (also not available outside a research setting). The main point being that positive research findings with these powerful compounds do not just happen without the active participation of highly trained professionals. An additional point to mention is that there have also been experiments conducted where participants have NOT had the advantage of specific psychological treatment during and after psychedelic sessions and those studies FAILED to show positive effects. LSD and other psychedelics are powerful drugs that work as intended when administered by experts and the research is still being done. A useful analogy would be self – experimentation with anesthetic drugs. The side effects of self experimentation with anesthetics could be disastrous but in the hands of a capable anesthesiologist they make life saving surgery possible. Being honest about the reality of the potential therapeutic benefits of psychedelics is important. To dismiss these facts can damage your credibility in the eyes of your teenager and make it very much easier for them to dismiss everything you have to say on the subject. You’re job here is to continue to educate them on the whole story, not shut everything down.

Professional assistance during psychedelic research is essential to guard against what are called “prolonged reactions” these are the dreaded flashbacks, depressions, anxieties, regressions, worsening of symptoms, and reckless and dangerous behavior that can result from psychedelic experiences that go bad – the lasting and potentially terrifying effects of “bad trips”. It also been my personal experience with patients that these effects can qualify as traumatic. These are exactly the risks inherent in self experimentation with psychedelics and they are powerful.

Another useful way to understand psychedelics are as psychological amplifiers and defense mechanism dis-solvers that allow unconscious material to blast through into consciousness. An important point to make about this is that things are unconscious for a reason. Unconscious material includes aspects of an individual person’s psychology that the person him or herself will find deeply disturbing and unacceptable. We all have unconscious skeletons in the closet! Under the influence of a psychedelic one risks coming into intense, overwhelming and unavoidable contact with the most personally objectionable parts of oneself. This can be helpful if there are specifically trained mental health professions around to help you work through it but if they its just your friends there you risk opening up deep wounds with no way to heal them and producing an intensely negative and unhelpful prolonged reaction that may last months or years. The message is: your good intentions can seriously backfire.

Teenage interest in psychedelics also implies that there is a genuine and essentially healthy interest in the teenager to learn, grow and heal. Having a conversation about what he or she would like to better or improve in him or herself can be very eye opening for parents and make it much easier for parents to help their teenagers. The good news is that these concerns are perfectly addressable in psychotherapy without the dangers of psychedelics and the risks associated with the use of powerful psychoactive drugs.

So, yes. There is a potential for therapeutic use of psychedelics when administered by knowledgeable and specially training professionals, but the vast majority of mental health professionals available today are totally unqualified to do this very specialized work. These potentially useful techniques are still being researched and there are no easily available ways out side of a research study to benefit from them at this time. A fuller understanding of this may also help teenagers who are tempted to see psychedelics as magic bullets that will cure them of all their problems see the bigger picture. Psychedelics are not magic bullets and there are significant dangers of psychedelics. Amateur use of any powerful tool is a risky endeavor fraught with the possibility of things going bad in ways you never expected.

Remember, you are not alone. Miami Teen Counseling can help you find the tools and resources you need to move forward in strength and confidence. Learn more about Substance Abuse options, request an appointment, or contact Miami Teen Counseling (or Miguel Brown directly) at 786-383-0353. Our office hours are flexible (including afternoons and evenings) and all counseling services are offered in either English or Spanish. Contact us today!