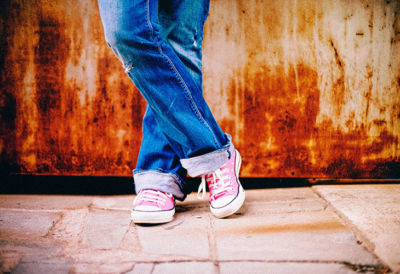 Drug abuse is a serious problem for teenagers in the United States, but many people fail to realize that drug and alcohol addiction is often accompanied by a mental health condition such as depression, post traumatic stress disorder, or bipolar disorder. When teen drug or alcohol addiction is compounded by a mental illness, they are known as co-occurring disorders in teens.

Co-occurring disorders in teens are very common; but, only about 10 percent of teens who suffer from them receive treatment for both conditions. To make matters worse, over half of them receive no treatment at all. The problem with treating co-occurring disorders in teens is that most specialists do not focus on treating both substance abuse and mental illness. Many professionals also focus entirely on which condition came first, something that is often impossible to determine; depression or PTSD may drive someone to drugs or alcohol, but substance abuse can also lead to mental illness. It is important to address and treat both conditions.

Treating the Person, Not the Illness

The key to treating a teen with co-occurring disorders is to address the whole person. Many treatment options for both mental and physical illnesses only attempt to alleviate the symptoms of the illness. That may appear to work in the short-term, but it doesn’t get to the root of the problem. In the case of co-occurring disorders, a young man or woman may be able to kick a bad drug or alcohol habit with treatment, but it doesn’t mean much if an untreated mental illness is what drove them to use in the first place. They could have problems later in life because of this, not the least of which is a relapse of their substance abuse problem.

As much as some people may believe otherwise, mental health isn’t an exact science. No two people are alike, and no two people will use drugs or alcohol for the same reason. An effective treatment for co-occurring disorders must address not just the substance abuse or the mental illness; it must get to the heart of why a young person is having problems.

Treating a mental illness is difficult in the best circumstances; what works wonders for one person may be ineffective for someone else. In many cases, finding an effective treatment for a mental health issue is all about evaluating different options to see what works. Things become even more complicated when a mental illness is combined with a substance abuse problem. Still, there have been some treatments that have proven to be more effective than others in addressing co-occurring disorders.

Medication is often helpful in treating conditions such as bipolar disorder and depression, and many of them have proven effective in fighting withdrawal symptoms, making it easier for recovering addicts to stay clean. Another treatment option that has proven to be very effective is psychodynamic psychotherapy. This addresses the person’s feelings and beliefs that are being numbed by the drug abuse in relation to their personal history and unconscious mind. It essentially treats the entire person and addresses their unique situation, something a teenager with co-occurring disorders desperately needs.

Miami Teen Counseling can help you find the tools and resources you and your teenager need to move forward in strength and confidence. Request an appointment or contact Miami Teen Counseling (or Miguel Brown directly) at 786-383-0353. Our office hours are flexible (including afternoons and evenings) and all counseling services are offered in either English or Spanish. Contact us today!