The Meaning of ADHD Symptoms in Adolescents 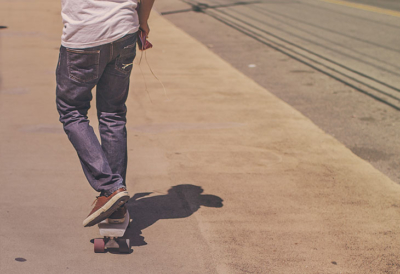 ADHD symptoms are largely viewed in our culture as a medical problem that requires medication. Doctors and parents seem much more comfortable with adolescents taking medication to treat ADHD symptoms than with the idea of adolescents taking medication for symptoms associated with other common conditions such as depression or anxiety. This is in spite of the fact that ADHD medication also has it’s share of unpleasant and potentially problematic side effects like lack of appetite, mood disturbances and potential for abuse. Although psychological interventions seem to be taken less seriously than medication, there is a powerful case to be made to the usefulness of psychotherapy to treat ADHD symptoms.

Teenagers with problems focusing or with hyperactivity issues are often brought by their families to therapy. As I have gained experience with these teenagers, I realized that focusing and hyperactivity problems tend to worsen in the moments when emotionally-charged subjects come up during a session. This happens in an automatic way that the teenager is not aware of. This process can be explained to teenagers and non-judgmentally pointed out to them. The repetition of this can gradually help the teenager to bring this automatic response into conscious control. They tell me about how they develop the ability to catch themselves in a moment of distraction and/or hyperactivity and begin to reflect on what they are feeling. This enables them to deal directly with their emotions instead of allowing their automatic and unconscious processes to interfere. Once teenagers are able to improve this ability their confidence for dealing with difficult emotions in general can increase and they rely less on distraction and hyperactivity to help them in those hard moments. This is all accomplished without the use of psychotropic medication and expands the teenagers positive psychological abilities in a way that is impossible for medication to reproduce.

This psychological intervention is also a way to open the door for teenagers to talk about and work through the difficult emotions that are driving the ADHD symptoms. The more they can directly confront what the difficulties in their life are and realize when and why they were avoiding them, the healthier psychologically they can be. This takes much of the energy that drives the distraction and hyperactivity out of the equation and allows that mental energy to be used on more useful and productive areas of life . This work also helps teenagers to learn the incredibly positive message that they themselves, through self understanding and effort, can make real changes in their lives without having to rely on medication.

Miami Teen Counseling can help you find the tools and resources you and your teenager need to move forward in strength and confidence. Request an appointment or contact Miami Teen Counseling (or Miguel Brown directly) at 786-383-0353. Our office hours are flexible (including afternoons and evenings) and all counseling services are offered in either English or Spanish. Contact us today!